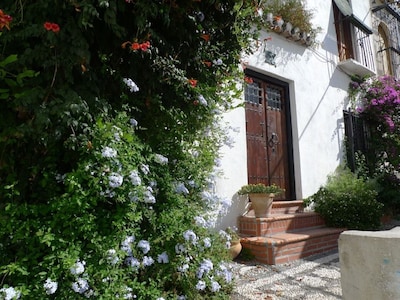 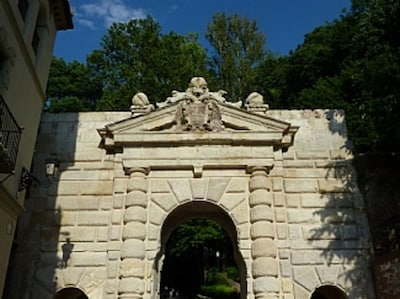 Ask a question
Member Since 2010

Richard and Esperanza met in London in mid 70's. Esperanza studied art at the Royal College of Art; Richard played with both Joe Strummer and John Lydon in various bands of the time. They moved to Granada in 1988, having restored the ruin that they had found at the foot of the Alhambra. With their children leaving home, they decided to convert a section of the house in to two independent apartments. They still live in a seperate part of the house. Esperanza, an active artist with regular international exhibitions of her paintings and sculpture, has a ceramic studio off the patio. Some of her work is used in the decoration of the apartments. Richard is still involved in music: both playing and producing musical events. They are both more than happy to share their extensive local knowledge.

Richard purchased this Apartment in 1985

Having decided that we wanted to move from London to Granada we couldn't believe our luck when Esperanza's brother sent us a photo of a dilapidated ruin at the foot of the Alhambra. We had wanted to live in the centre of the city, but to have found a property in this perfect position was more than we could have hoped for. Perched on the side of the Alhambra hill with views to the front overlooking the city, and behind us a green swathe of the Alhambra woods we couldn't have asked for more. Just pedestrian cobbled streets in the neighbourhood, which suits us fine. Bird song for car horns is our preference, yet in 5 minutes you are in the centre of the city with the necessary shops bars and restaurants. We renovated the house and had space for a ceramic workshop for Esperanza.

The apartments really do combine two apparently opposite characteristics. We are right in the historic centre of the city with bars and restaurants 5 minutes walk down the hill, yet at the same time we are tucked away in a quiet (and safe) traffic-free area. Three minutes walk up the hill brings you to the Alhambra woods with its running water, bird song, and deliciously cool respite from Granada's summer heat. You have absolute privacy during your stay, but we are on hand to help out in any way that we can. We want you to enjoy your stay here!!!