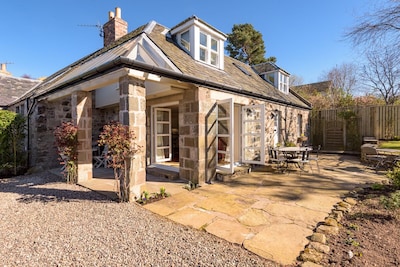 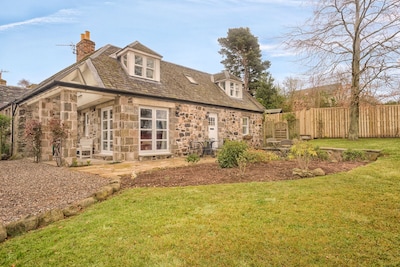 Auchenblae is an ideal base for walkers and cyclists, and you will find a number of suggested routes, all laminated for you to take on days out. Fife has one of the UK's most comprehensive cycle networks. Explore 300 miles (500km) of cycle routes along quiet country lanes, disused railway lines and forest tracks as well as commuter routes in towns.

There are numerous world renowned golf courses within half an hours’ drive of the cottage, perhaps the most famous being The Old Course in St. Andrews. There are many other golfing venues in Fife, catering for all abilities and other Championship courses nearby, such as Gleneagles in Perthshire, Carnoustie in Angus.

There is much to explore in St Andrews, which has a great range of independent retail outlets, excellent cafes and restaurants,in addition to the historical sites, such as the Cathedral and Castle.

Dundee is home to the Royal Research Ship 'Discovery', built in Dundee to take Captain Scott to Antarctica as well as the V&A Museum, which opened in 2018.

There are some beautiful beaches in this part of the world. The award winning film ‘Chariots of Fire’ was filmed on St Andrews' West Sands. From that vantage point you can look across the water to the beach at Tentsmuir with its backdrop of forestry. Heading south along the coastal road from St Andrews, you will come to a series of picturesque fishing villages, which make up the 'East Neuk' of Fife. You can also walk down to the shore and along the banks of the River Tay directly from the cottage.