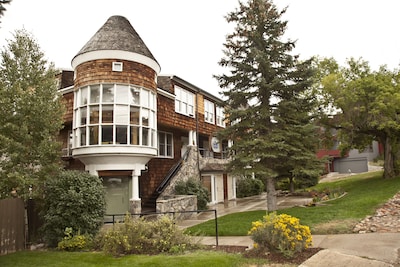 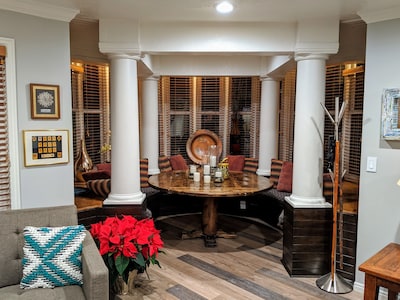 Hi, I'm Rene, owner and property manager of Empire House. I reside in Central, Arizona which is about 180 miles east of Phoenix and just an hour from the New Mexico border. The fact that I live out of state has not stopped me from being successful at renting my property. I’ve been doing this since 2008. To be in this business, you need to pay attention to detail and enjoy communicating with people. I am a true native Californian. I was born and raised in Oceanside, 35 miles north of San Diego. Skiing always intrigued me and I learned to ski in Breckenridge, Colorado in my college days. Now at the ripe age of 50ish, I still enjoy skiing with my family. My husband, Ted learned after we got married and both my boys have been skiing since age 3.

Rene Prina purchased this Apartment in 2007

Our family has skied in many different locations in the Western States. Utah's snow and powder are the “Best” in the west. We love that fact that you can arrive at the airport and be on the slopes in less than an hour. The charming town of Park city is surrounded by two world class resorts, Park City Mountain Resort now including the Canyons and Deer Valley. We like the Ski Resort being right next to town. No driving down the mountain in a snow storm after a hard day of skiing. Many restaurants, the grocery store, and even the movie theater are just minutes away. Park City is also a great summer get-a-way with lots of fun things to do with the family.

Empire House is an old Victorian building built in the early 80's. Its architectural features are distinct and unlike anything you will see in Park City. Our condo is located directly across the street from Park City Mountain Resort - a very short walk and boom, you are on the lift. No need for a car in Park City, everything is within walking distance. If you don't have a car, then use the free shuttle service that is offered. It’s a short walk (less than 2 min) across the street to catch the shuttle which runs every 10-12 minutes to downtown Main Street.