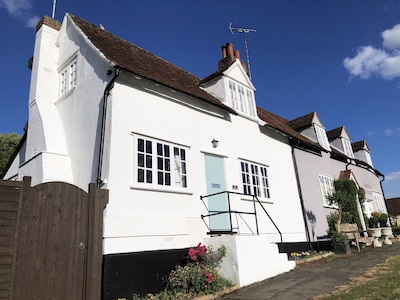 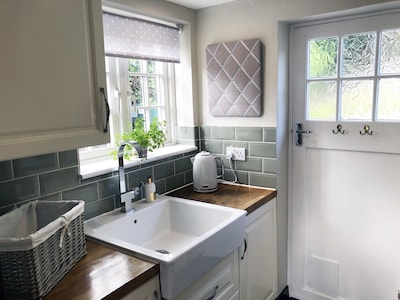 If you have upcoming trips, you can manage or cancel your booking in your holidaymaker account.View upcoming trip
50% refund
42 days before check-in
No refund
Check in

Visit Essex describes Finchingfield as the 'most photographed village in England' and has won awards for its traditional picturesque setting. The combination of duck pond, village green, hump-backed bridge and pub, overlooked by colour-washed cottages, windmill and a medieval church, give it an unbeatable series of views, which are often found on calendars, chocolate boxes, tea towels, postcards and jigsaws. Millie's Cottage is named after the owner’s grandmother who lived in the cottage with her husband Ernie in the early 1900’s. Ernie was a local farm worker and Millie was a house keeper at Brick House, the property situated near the pond. The cottage has remained in the family and the owners father, Richard, was born here in 1934. Richard was an organ builder and has played the church organ in the village for the last 60 years. If you stay at the cottage you’ll see an example of his handy work, a coat rack made of oak and the manual pulls from an old organ. It is a property which holds many memories for the family who hope you have a chance to enjoy it as much as they have.