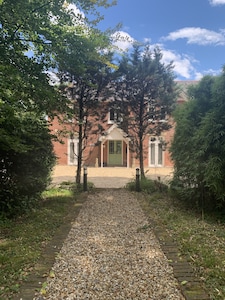 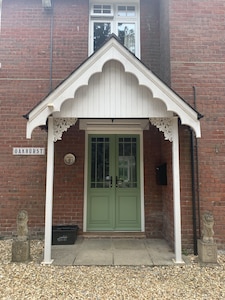 A large house in grounds, in the New Forest National Park and close to the sea

3 doubles, 1 twin bedroom and 1room with a double and twin beds

Oakhurst is located about half a mile south of Marchwood on the road to Hythe. It is on the eastern fringe of the New Forest and within the new National Park. You can walk to Hythe, where there is a regular ferry service to Southampton, along a country lane and a public footpath via Hythe marina. Hythe and Marchwood have numerous shops, restaurants, pubs and local amenities. The New Forest has obvious attractions such as the ponies and the picturesque village of Beaulieu which is about 5 miles away. Southampton is a major city and port with several new shopping centres and a Premier League football team.