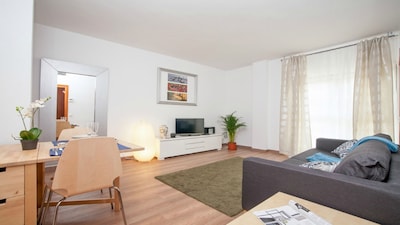 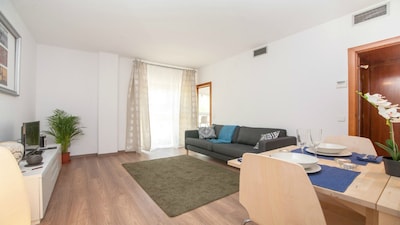 Check in after: Flexible
Check out before: Flexible
Also note:

Hello I am Jose Antonio, a 58 years old man, working as an economist of profession in a non profit organization (OXFAM) and managing my owns appartments.

I bought this apartment in 2014, and i have another apartment that it was my own home during 8 years. Because family was increasing i need to change to another apartment bigger, but in the same area that was the area that i like to live. I filled a bit nostalgic to leave the appartment as a my own home. Since them i have been renting the apartment for tourist and professional reasons. As the experience has been so good for clients and for me. Later i decided to buy four additonal appartments in the same building and for the same reasons. And now in 2014 i have bought this one as i dont have enough space for the inquiries, and i like very much the location and the apartment. Right now i own and manage 5 properties in this building.