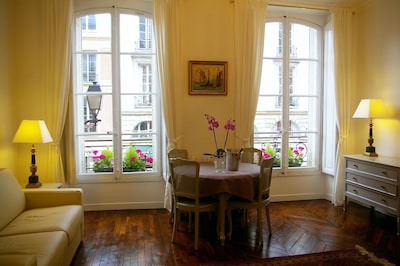 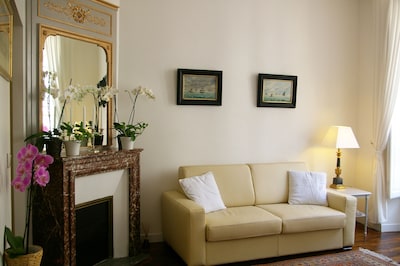 Elegant, Romantic and close to the Palace, for 2-4 guests

One 20m2 Bedroom with a standard double bed, a double sofa bed, table, TV, 2 windows, one chest of drawers, a decorative fireplace

French and Chinese couple with 3 kids. We live West of Paris

Versailles is a wonderful town not as well known as its famous castle. We hope you'll enjoy discovering this place as much as we did.

If you like 17th and 18th century architecture and city planning, you'll fall in love with Versailles. Also a way to discover Paris while staying in the green and exclusive west suburbs.