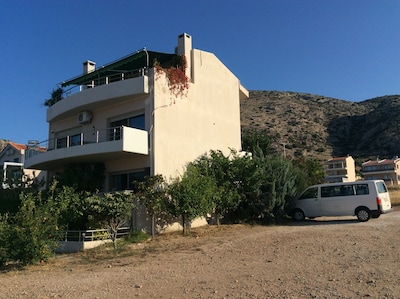 I am a professor of Mathematics, I'll be retired by July 2014, I like to know other people

ZACHOGEORGOS THANOS purchased this Apartment in 2011

The area is considered the best resort in Attica for the summer, we are next to the sea near three of the 10 most beautiful beaches of Athens , the area has historical interest is 5 kilometers from the ancient temple of Poseidon , here beside the island ' or PATROKLOS Gaidouroniso ' became the biggest shipwreck worldwide February 12, 1944 the steamship ' LIMITS ' in 4283 drowned Italian prisoners who were in the hold of the ship , we are a stone's throw from the port of Lavrio with access to many Aegean islands , is 30 kilometers from the airport and the metro , from here you get to know all of Athens as well as areas that are considered among the best of such Varkiza Attica , Vouliagmeni , you will be near nightlife in Attica