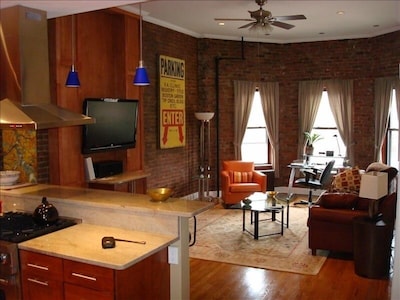 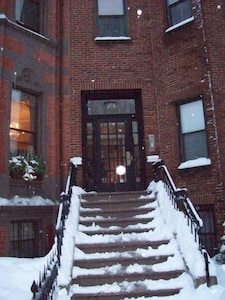 Ask a question
Member Since 2009

Retired legal professional and actor now involved with RE Developement bought this unit when in Law School and before going overseas to study in Lund, Sweden. I was renting this unit from a parent of a fellow law school student who had graduated. When I bought it and gutted it, I had 407 bags of garbage that had to be individually removed and discovered some very interesting items hidden in the walls when exposing the bricks. This unit was once part of a single family home built in 1891. The renovations were all done by myself.

I grew up in the Boston area and when the previous owner said he was buying a building in NYC and needed cash, I quickly called in all my loans to friends and scrambled to have cash for the seller in 12 days. I remember counting out several thousands of dollars with quarter rolls, crumpled up $2 bills and plenty of $20 bills on the desk of the attorney handling the sale.

I did some research of the history of this place and found that the exposed brick and views are quite beautiful and full of history. Place was originally a single family home built in 1891. I surrounded the condo with New England artifacts and art, all that tell a brief hostory of Boston from an original turn of the century subway sign from the oldest subway system in the USA to old porcelain street signs and license plates from the early days of Transportation. Easy walk to Back Bay sites, restaurants and the Prudential Center and Hynes Auditorium and just a short Uber away from Harvard U., BU, BC, Northeastern, Berkley College of Music and all the medical facilities in Boston.