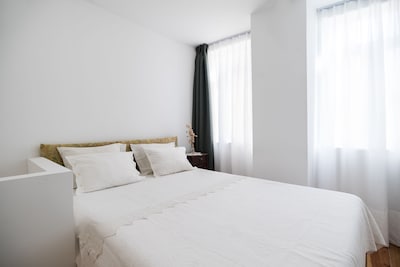 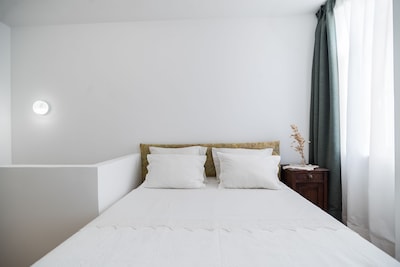 Ask a question
Member Since 2017

We are a couple in early fourites, and we have one boy and a mutt dog called Masha. I am originally from Belgrade, Serbia, and my husband Rui is from Lisbon, Portugal. Both of us are professionals in areas that don't have much in common with tourism: he runs a small construction company and I used to work for many years as a theatre and tv producer in Belgrade. We started renting one apartment in the oldest district of Lisbon - Alfama, and it turns out that we really enjoy doing it. Lisbon is so called "city break" town, and many tourists stay inhere only for a few days. The result was meeting new people from all over the world, sharing stories from here and there, learning and having fun. When I came to live inhere, I used to walk a lot, discovering Lisbon and it's hidden sides. Today, I adore sharing these secrets and giving tips that our guests can't find easily in tourist guides. However, the key isn't only in our hands, but in Alfama itself: cobblestone streets and alleys, old buildings and in a way of life which gives you an impression that you are in the medieval village, but yet, in the middle of the town. Other than this, we are a couple like many others: we adore travelling, good music, cinema and theatre, watching our favourite tv series.

We bought this old building 2013, which was abandoned for many years. It was in terrible shape, so basically, we had to demolish everything except the facade ( which was refurbished as well), and made a new building from the scratch. It was finished in November 2016. We've managed to keep some elements from the previous one ( like doors, etc), so it is new refurbished building, made in traditional Portuguese style.

Our building is easily accessed from the main streets and airport/train station/metro, despite being situated in Alfama, which is mainly pedestrian. It is very close to city center ( less than 15 min walking), has free public parking in vicinity ( about 3-5 min walking) and many good restaurants, bars and cafes around it. All important sightseeing spots and points of interest are walking distance. You can enjoy Flea market twice per week, and there is one really nice park overlooking river Tejo, near National Pantheon.