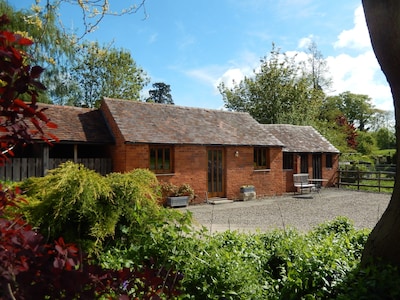 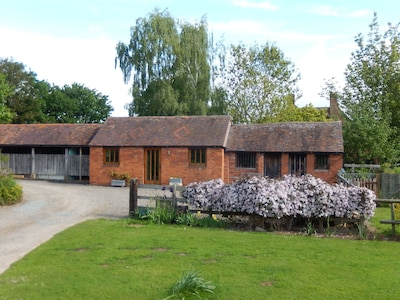 I have lived in this beautiful area for over forty years. I was Resident Agent on the Croome Estate which has the National Trust Capability Brown Landscaped Park and Court of Croome at its centre.

John Henderson purchased this Cottage in 1989

My late wife and I purchased and converted our barn and the adjoining byre, as we had already lived in the area for 19 years. The tranquil surroundings and magnificent views across the River Severn to the Malverns are a delight and all this within easy reach of the M.5 and M.50 giving scope to see the Midlands, Cotswolds and rural Herefordshire.

The delightful countryside with its long distance walks, the nearby River Severn, Jazz and regatta week-ends at Upton upon Severn, music festivals (Three Choirs in Worcester), literary, music and science in Cheltenham and national garden and agricultural shows at the Royal Three Counties Show Ground, Malvern. There are important tourist attractions in Worcester (8 miles), Tewkesbury ( 5 miles) and Malvern 10 miles) and Pershore (6 miles) is the home of the Royal Horticultural Society, based at the Horicultural College. The property is also on the threshold of the Cotswolds.