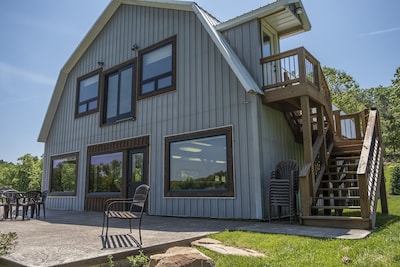 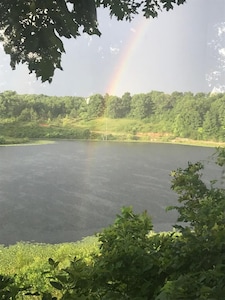 Ask a question
Member Since 2015

David and Marie Hazell lived in Russia for eight years working on Bible translation. In 1992, shortly after communist walls began to fall, they moved their family to the depths of Siberia where they assisted with printing the first Scripture portion in the Evenki language. David and Marie also served in Moscow, coordinating translation projects in 70 minority languages of the former Soviet Union. The family's move back to the United States in 2000 marked a new era in their support of international missions work as they now devote their time to starting businesses that promote the principles of the Kingdom of God including giving a majority of company profits to Bible translation and other worthy non-profit endeavors. Please consider helping them with this endeavor at God's Word for the Nations (gwftn.org).

Kabekona Hills Retreat Center was established to provide a peaceful place for retreats, and family reunions. The owner's grandfather had a dream of owning property that could provide weary Christian soldiers (pastors, missionaries, and Christian laymen) solitude on lakeside property where they could rest in the hand of the Eternal Creator. Purchasing property in Northern Minnesota on Lake Kabekona, grandfather Bratrud shared his find with many Lutheran preachers and his land became respectfully known by many as preacher's point. Now two generations later with seed money from the sale of the family cabin on Lake Kabekona, we desire to carry on grandfather's dream to establish a peaceful resting place and a place of celebration for those who serve God's Kingdom. Kabekona Hills Retreat Center is a place 'where one road ends and the adventure begins.' Come and rest in the hand of the Creator.

The drive in is breathtaking! The property offers privacy and seclusion. Quiet, beautiful views, nature all around!