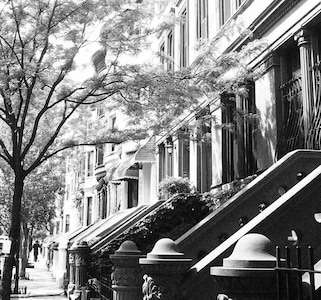 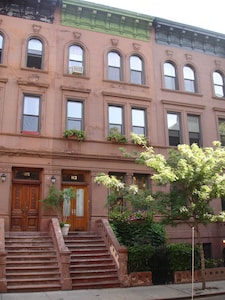 Ask a question
Member Since 2011

An enthusiastic New York and Harlem resident, always ready to give the inside scoop and recommendations on Harlem or NYC. Very involved in the neighborhood. A product, landscape and interior designer with numerous awards and items in national museums. In fact, the building has also been published in several magazines and appeared in films. A world traveller, as I flew for Pan Am for over 7 years.

This building is typical of the historic neighborhood. I was impressed that it still retained so much of its original form and material. However, I was very impressed by the atmosphere of the block, with friendly, open and involved neighbors.

The quiet friendly tree-lined street, proximity to express subway- only 4 stops to Times Square, closeness to neighborhood coffee shop and historic park, as well as the 125 St. corridor and Central Park. I actually love sitting on the front stoop while having a coffee or a glass of wine. I love seeing the relaxed street life going by, and being a part of it. Since my block is dominated by private brownstones, rather than apartment buildings, it has a friendlier, small town feeling than most other neighborhoods.