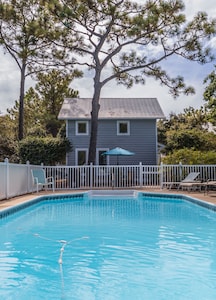 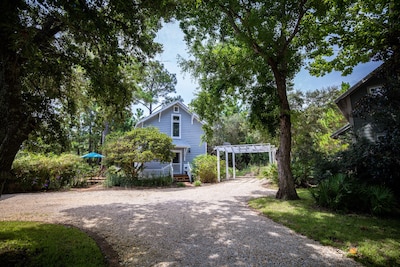 My first career was in the USAF. I discovered the area when I was stationed at Eglin AFB in the 33rd Tactical Fighter Wing flying the F4E.. My second career was with Verizon Wireless and when I travelled which was a lot I was always looking for a place to retire. I kept being drawn back to the beautiful beaches of the Emerald Coast. When I moved to Nashville a friend suggested I buy a house in Destin since I was always talking about the beaches.. Three weeks after that conversation I came down for the weekend and purchased my home in South Walton County next to the Topsail Preserve. The architect gave me plans for a cottage and two years later I built the Little Cottage. The area has grown quite a bit since my arrival with many positive additions to our community from shopping . grocery stores, bike paths, , fabulous restaurants and a first class Hospital. Even though I traveled extensively in both my careers and lived all over the states as well as overseas it is hard to pry me away from Santa Rosa Beach..

The Little Cottage is quite unique based on its location near the Topsail Preserve and the areas amazing beaches. You will be hard pressed to find a private one bedroom cottage with a 38 foot pool on one side and a hot tub on the other surrounded by nature. I'm just sayin!

Check the reviews they explain the benefits better than I ever could. The Little cottage has a 38 foot pool, hammock, a gas grille ,table and umbrella for eating on the deck for your own private romantic dinners