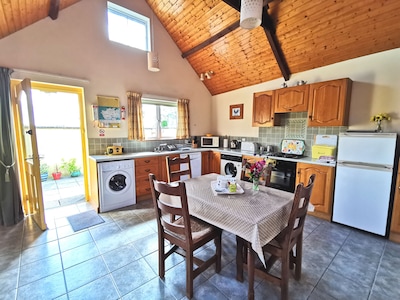 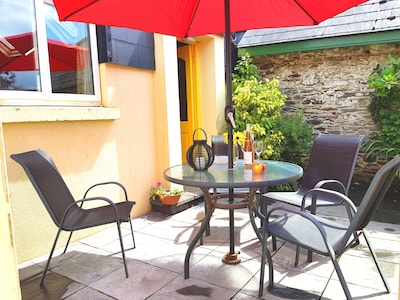 Roger and Patricia live in the main farmhouse, close to the cottages, where Patricia's family has lived and farmed for many generations. We are on hand to chat with guests and help with questions and information.

The five stone built cottages at Warren Farm were originally stables, the farm's dairy, granary for corn storage and farm coach house with various other uses over their long and colourful lives. Four cottages have access to the richly planted courtyard garden, while detached Granary Cottage has its own large garden and separate entrance. Each cottage has been converted and re-incarnated into cosy cottages by Roger and Patricia over the past 20 years, with each cottage having its own distinct character and space.

Each cottage has its own special features, be it natural stone walls or beamed ceilings, one has a traditional half door, another has a canopied bed and several have wood burning stoves. Each cottage has a private garden area and four are located within a large richly planted garden with lovely views of the Barrow valley, while detached Granary Cottage is set in its own large garden.