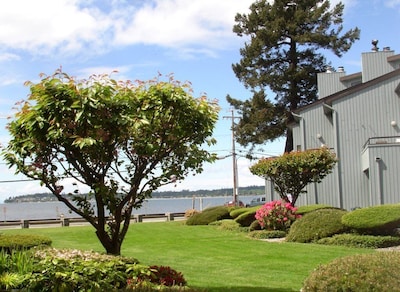 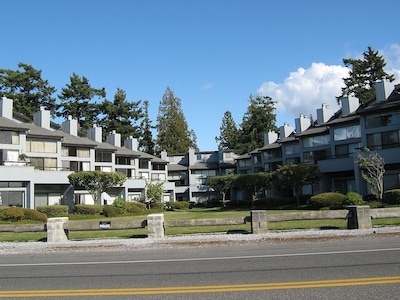 Hosted by Jack and Irene

About Jack and Irene

Originally from British Columbia, Jack and Irene have long enjoyed the recreational attractions of BC and Washington state. Later, Irene's family moved to Southern California, eventually leading to a banking career and a Vice-Presidency at a major bank. Jack's career initially in engineering, took him from Western to Eastern Canada and the US, where he completed his graduate education, in Business Administration, and started a teaching career. Later, he returned to the west coast as a Professor of Management at the University of Southern California. They are car enthusiasts, students of history, and political science and enjoy frequent travel to Europe. San Diego is their California home, and Birch Bay their home in Cascadia. They invite you to share it with them.

Jack and Irene purchased this Apartment in 2012

Birch Bay is at the hub of an incredibly attractive vacation area, embracing lower British Columbia, Vancouver Island, the Gulf and San Juan Islands, the Olympic Peninsula, Whatcom and Skagit Counties, the Cascades, and two of North America's most attractive cities, Vancouver and Seattle. And, now, easily accessible from most of North America, through Bellingham, Vancouver and Seattle International Airports. Jack's introduction to Birch Bay was at the age of 2. Since then, we have sailed and fished in the Gulf and San Juan Islands, skied at Mt. Baker, Stevens Pass, and Whistler. Climbed Mr. Shuksan, and peaks in Garibaldi Park, biked on Vancouver Island, Fraser Valley, and Whatcom County. We love this part of the world, the raspberry, blueberry and blackberry picking and Salmon BBQ's, and is a return to our roots.

All the acquatic and recreational attractions of this immediate area, are within minutes of the condo and only 10 minutes from the Canadian Border, and less than 1 hour to Vancouver and 2 hours to Seattle