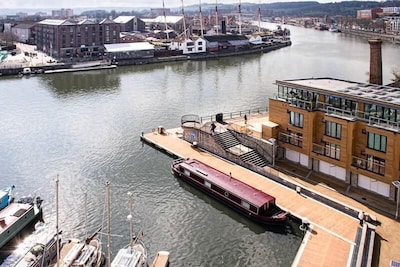 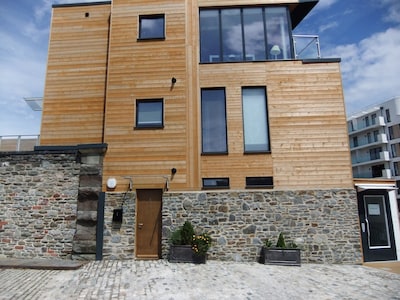 Hosted by Angela and Lance

About Angela and Lance

We, use this lovely apartment as a second home as we live in the countryside but thoroughly enjoy all that the city and harbourside has to offer as well. Lance is a recently retired IT Consultant and Angela is a retired Social Worker. We are also part owners in our local village pub which the community rescued from closure or development -although Angela does not drink! Angela enjoys playing the flute, was a Parish Councillor for several years and is an active member of the local chapel. Lance enjoys playing tennis, watching sport and listening to music - as well as being a frequent attender at Glastonbury festival. We are grandparents to three boys and a girl. We have three children, boy/girl twins of 28yrs and a son of almost 33yrs. Angela is Bristol born and bred but Lance is originally from Oxford. We met when we were 19yrs old in London and at University.

Angela and Lance purchased this Apartment in 2013

When Angela saw the plans for this development she was determined that we would buy this apartment. It's position on the harbourside is almost unique, especially for a 1 bedroomed apartment and it also had a rare parking space. The apartment feels more like a little house as it has its own front door, back door, a rear courtyard area as well as a balcony. The living area is also unusually spacious for a new build 1 bedroomed apartment. Further, there are only ten dwellings in this building and so we have a close knit Residents Association.

We love the activities on and around the harbourside. The lovely views of the water and boats and the numerous opportunities for excursions and eating out. It is also only a short stroll to reach the public open space of Brandon Hill, the shops and university of Clifton and the many historic buildings Bristol has to offer. The city is home to Banksy and there are many art, music and cultural exhibitions and events throughout the year.