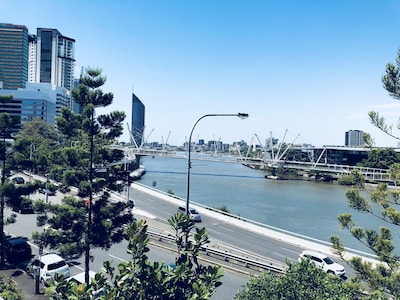 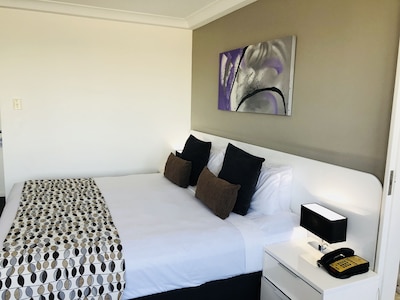 Peter and his wife Rebecca live in Toowoomba. They have seven children, two of whom are students living with them. They have two grandsons living in Melbourne and a granddaughter in Sydney. Peter grew up in Tasmania and has lived in Canberra, Sydney, Perth and Brisbane, pursuing his career, before settling in Toowoomba with Rebecca 18 years ago. He has travelled widely and lived in London for a time. Rebecca was born in England and came to Australia in 1966 with her parents who settled in Adelaide. She subsequently moved to Brisbane where she met and married Peter. Peter is now retired, but is very active managing the family home and their rental properties, as well as being involved in community activities

Peter Hand purchased this Apartment in 2016

Peter and Rebecca bought this property and two adjoining units because of the fantastic views and extremely convenient location. They had in mind the possibility that they might move to Brisbane later on and the units are well placed to access education, services, recreation and entertainment, travel and work. In the meantime, they have been able to rent the properties out.

The views and location of the property caught their imagination. They have continued to enjoy relaxing in the units whenever they stay in them. Night time views can be particularly outstanding, especially during events involving fireworks displays