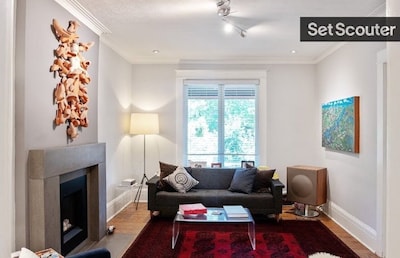 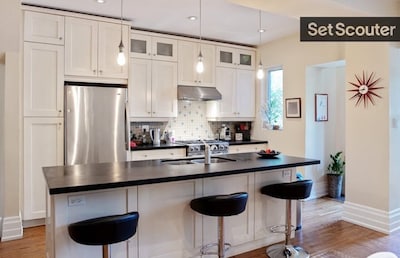 Our family is the contemporary Toronto story: lots of history coming together in the most diverse city in the world. Mom is from the West Indies, Dad is from the Maritimes. Uniting families from the oldest settlers to the newest Canadians, we've built a home in a neighbourhood, Parkdale-High Park, that's become the byword for progressive, independent, entrepreneurial, and community-minded.

This is some of the best housing stock in the city of Toronto. Parkdale-High Park was the western lakefront boundary of the old city. In the wave of late 19th and early 20th century industrialization that transformed the Great Lakes, this area became a place to build a new, street rail transit base of family homes. Close to the city, close to the lake beaches, and the heart of the new dynamism that makes Toronto unique.

We love this neighbourhood because of the people who live here. There's a great mix of the creative classes and established business types, along with continually renewing waves of new immigrants - such as the Tibetan community in Parkdale. You'll see Buddhist monks strolling along the lakefront while hipsters zip by on their longboards.