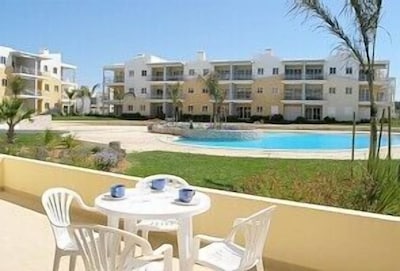 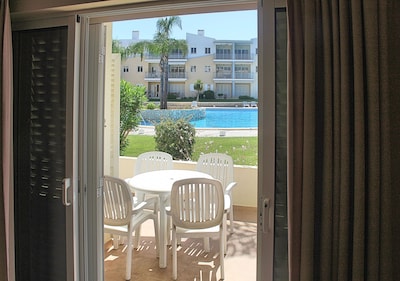 Alvor is a fishing village located 5 km west of Portimão, it became an important port during the time of the Moorish occupation. It once had its own castle, which was destroyed by the earthquake on 1 November, 1755. Originally built by the Carthaginians in 436 AD, it was attacked and plundered by the Christian Crusaders in 1189, at the same time as the larger settlements of Silves and Portimão were taken. What to see. The village itself is a maze of cobbled streets and a 16th-century parish church with a fine Manueline portal featuring a round arch and abstract floral motifs. As well as Alvor beach itself, there are some lovely golden stretches of sand towards Portimão, most notably the small cove of Praia dos Três Irmãos with its magnificent red cliffs. Further east are the deserted caves and grottoes at João de Areus and the quiet, secluded beach of Praia do Vau nearby. Further east, the bustling fishing port of Portimão has many good restaurants and plenty of night-life

Golf: The surrounding area is a golfers paradise with the Championship course at Penina, Alto and Gramacho all within a 5-10 minute drive and over 25 top class courses within one hours drive. The first golf course to be built in the Algarve, the Championship Course of Penina is considered to be the masterpiece of Sir Henry Cotton. It hosted several of the Portuguese Open Championships. Penina also features two nine hole loops: The Resort Course and The Academy Course.