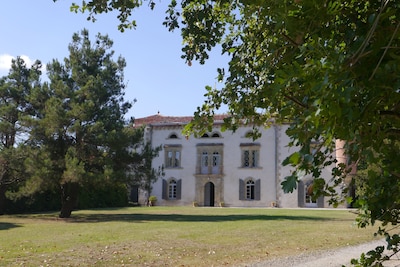 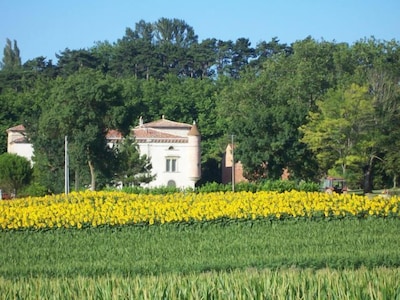 My mother's castle is located in Lauragais (nestled between the Pyrenees and the Black Mountains), the land of election for Catharism in the 12th century (ruins of the castles of LASTOURS, PUIVERT, SAISSAC, MONTSEGUR, etc.)

It is also the land of Cocagne, linked to the culture of pastel in the 15th and 16th centuries.

It is still the birthplace of the Canal du Midi (listed as World Heritage by Humanity), built by Pierre-Paul RIQUET during the reign of LOUIS XIV. One of the gullies which feeds it borders the property of the 'Château de ma mère' and you can on its towpath walk around in the shade of century-old trees.

In summer many night markets where you will discover local products.