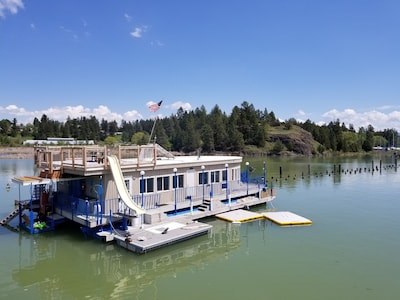 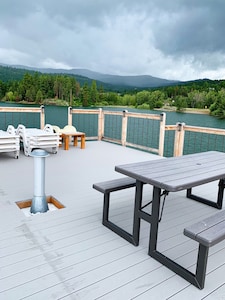 Ask a question
Member Since 2016

This property was bought by Ben and Laci Lard so that their 8-year-old son and their friends and families would always have a place to go and enjoy breathtaking Flathead Lake. The Lard’s purchased this house boat in 2016. They named the boat the Kee-O-Mee, after Ben’s great- grandfather’s houseboat in 1928 by the same name.

Benjamin Lard purchased this Houseboat in 2016

What makes this Houseboat unique

One of the only houseboats available on Flathead Lake