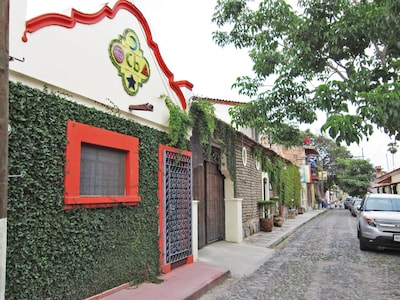 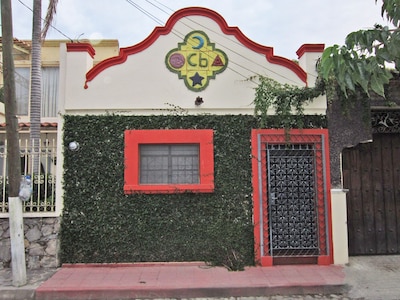 Ask a question
Member Since 2014

This was the location of the original Barbara's Bazar. we rented it from the owner until I moved the business 100 feet down the street in order to grow and eventually bought the house. It them became our 'Antique Store' , then later a residence. We live next to Casa Barbara in the old adobe home.

Ricardo Quirarte purchased this House in 1998

If you want an economical small and safe place to hang your hat while you visit the Ajijic, Lake Chapala area this is a good option. Nothing fancy, it was built in the 1950's as a single family residence. In 1996 the large bedroom and patio were added to back of the home. Has the old Mexican tile floors, small kitchen and European style bathroom (meaning very small with a shower). Has been a long term rental for years and we are now offering it for short term (minimum 2 weeks). Past residents have spent most of their time in the bright airy bedroom and adjoining patio area. Owners have Barbara's Bazaar a few doors East of Casa Barbara, so if you need another piece of furniture, a special cooking pot, or another lamp during your stay, easy as 1 - 2 - 3 and you have it! We also have 'luxury' rentals in Ajijic, write for more details.

So close to everything the village has to offer, no car needed! Being so close to the lake has it's advantages. Street is practically carless after 8pm. People walk everywhere who live in the village center. Positive side to living in a village and not a city … you can see a million stars at night from your backyard garden!