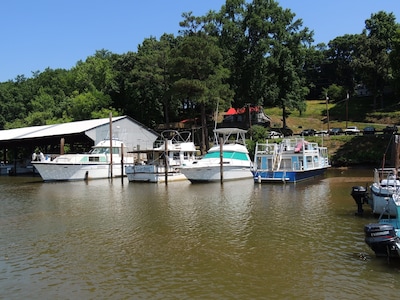 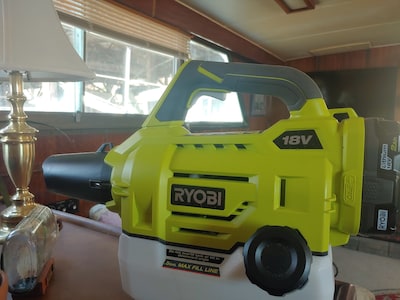 Note: The Cookie B is sanitized by fogging after each guests departure.

Photo: Captain Ron with daughter Gianna... I am a retired tugboat owner-skipper/ builder/published author/history buff, reorganizer/Colonel in the Virginia State Guard with many years of living along the James and Appomattox Rivers, a former sailor who lived aboard my 41' Formosa ketch in the Bahama Islands. And I also enjoy fishing both salt and fresh water, but not as a regular diet, the same goes for relic hunting, most sports, and watching TV However, I am definitely a get in my old car and go anywhere kinda guy. I prefer burgers and fries to steaks, and the only bad deserts have been made when someone forgot to load them up with sugar! But most of all, I love my family and friends, even the friends who I have not met yet. And I refuse to be afraid of anything, unless of course it is my wife.

This Hatteras Corporation built this classic yacht which became one of the smartest looking and safest designed boats in the entire world which and feel from the first moment you step on her deck or go inside of the vessel which has been built from floor to ceiling with mahogany walls and trim, a feature found only in the most expensive vessels. Outside on the bow there is a huge sun deck, while the stern deck is smaller, but covered. But one of the best perks of all, is that the Cookie B is located on a private dock in a private marina, with only four other vessels , and one of them is my houseboat the GiaMaria who like the Cookie B carries a 4.9 star rating.

What makes this Boat unique

And if you like history, then you will love staying on the historic homeplace of Pocahontas, her father Chief Powhatan and America's first English settlements in the new world (Jamestown and Henricus). The Indian massacre of 1622 took place here as did battles during the revolutionary war and also the civil war. In fact, the marina's property is located on the site of the battle of New Market Heights. Bird life is everywhere, including Bald Eagles, Egrets, Great Blue Herons, Little Green Herons, Hawks, Song Birds, Humming Birds, Prothonotary Warblers and Hoot Owls. So, if you enjoy such creatures, then you have come to the right place. And if you like four legged creatures, you are also in luck, because our forest are full of them., But if you prefer the two legged kind that inhabits our nightlife scene, you will find them at the nearby and brand new, LILY PAD CAFE, or in Shockoe Bottom, Scott's Addition or Carytown. Like sports? We have the new COLONIAL CAPIOLTRAIL. It is a paved bike/walk/running trail that goes all the way from Richmond to Williamsburg/Jamestown, a total of 52 miles. Or, you can canoe, fish, sail, and so on right here in the beautiful James River. And when it is time to go out for dinner, the LILY PAD CAFE IS ONLY TWO MILES AWY AND IT IS ALL OUT DOOR SEATING UNDER A CIRCUS LIKE TENT WITH AMPLE HEATERS. And if craft brewski is your thing, then you are in luck, Richmond was recently named the #3 craft brewery city in the country, with Legends Brewery receiving the #1 national award for its light beer!