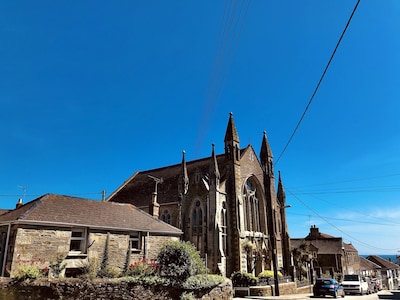 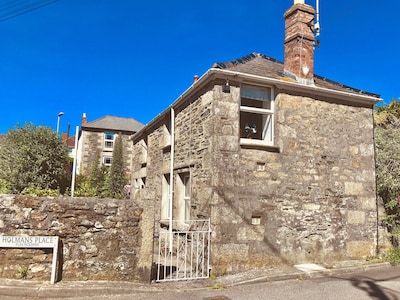 Hi I am James, married to Sally, we have three grown up children and one grandchild. We bought Island House in 2012 and then spent the next nine months renovating it, it had been in the same family ownership for over 100 years. We have tried to blend old with new, retaining character features such as the beamed ceilings and the granite lintle above the fire place, but adding all the 'creature comforts' you would expect in the 21st century. We have decorated and renewed many items and soft furnishings for 2017 season. We live in Devon, but I was brought up in Cornwall and went to school in Helston. Knowing the area fairly well Porthleven was where we wanted to be and when Island House came up for auction we were there, not for one minute expecting the hammer to go down on my bid! We love going to Island House, visiting as often as possible, and we hope you will like it as much we do.

James Gush purchased this Cottage in 2012

Porthleven has everything, you can eat out somewhere different every night, and you will not be disappointed. Loe Bar and The Penrose estate are fantastic places to walk or cycle, or go in the other direction towards Penzance, the dramatic cliffs and abandoned engine houses remind you of the regions rich history and mining past.

Island House is close to the centre of Porthleven, so everything is within a five minute walk, it is virtually detached (just joined to the neighbouring property by it's utility room which is a later addition) this is unusual as the vast majority of the cottages in the conservation area are terraced, with unusal rights of way, shared rear yards and fronting the street. This is not the case with Island House where you open the gate onto your own sunny garden, which is made up of a terrace with table, chairs and parasol, and raised beds with a variety of flowering and sub tropical plants, there are also glimpses of the inner harbour, a path leads to the front door and around the corner to the utility room.