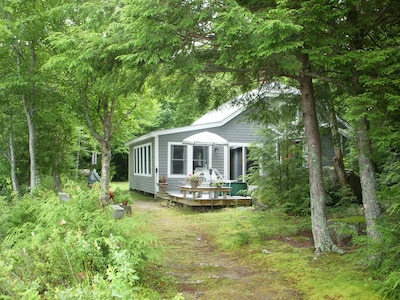 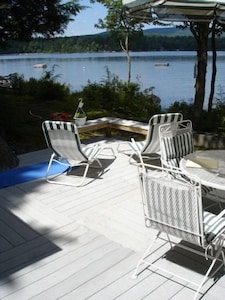 Hosted by John & Kaye Lyons - CyberRentals Member since May 2001

Hosted by John & Kaye Lyons - CyberRentals Member since May 2001

About John & Kaye Lyons - CyberRentals Member since May 2001

Owners, Kaye & John have four grown children - all males. All the boys grew up spending time at the "camp" as they call lake houses in Maine. John grew up in nearby Bangor and actually, as a young boy, went to Camp Jordan which is still just around the shore to the right as you leave the Cove. so he knows not only the lake well but this whole part of Maine. Although he left Maine to go to Duke University after high school, his mind has always been back in Maine. He met Kaye in Cleveland and they married soon after he got transferred to Chicago where they raised the boys and still live. Their boys, 3 of whom are married with children, cannot let a summer go by without a trip back to Branch. John owns a money management firm.

Why John & Kaye Lyons - CyberRentals Member since May 2001 chose Ellsworth

John's mother was the impetus for buying the property as John & his 3 sisters always wanted to come back to Maine as often as possible. As you might see, the location which affords much privacy but still sits within feet of the lake and additionally has easy access to the wonders of this part of Maine makes the place a very desirable site.

The camp and property has gone through many changes over the years including a progression from both gas and electric toilets to the wonderful bathroom & septic system that exists today. That is common for the older camps in Maine. However, the original and "classic Maine" knotty pine interior still exists which, married to the improvements that have been added along the way, present the best of the old and the new.