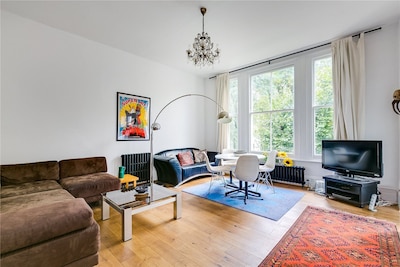 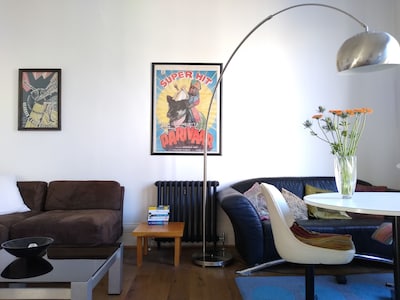 Ask a question
Member Since 2017

I'm a barrister and a writer.

purchased this Apartment in 1993

As you may already know, the flat is in one of London's most vibrant and eclectic districts. Portobello's legendary weekend market is a couple of hundred metres along the road, and there are both dive bars and upscale eateries (including a Michelin 2-star restaurant) just minutes away. Within a quarter of a mile, you can dine at Moroccan, French, Lebanese, Iranian, Ethiopian, Swedish, Chinese, Thai, Japanese, Mexican, Jamaican, Indian, Turkish, Palestinian, Italian, Spanish, Portuguese and Malaysian restaurants - or just grab some fish 'n' chips down the pub. Sainsbury & Tesco have branches within 100 metres, and there's a 24-hour convenience store next to the tube. And when you feel like a walk, the greenery of Holland Park and Kensington Gardens is a (very pleasant) 15-20 minute stroll away. You can reach almost anywhere in central London within half an hour. The apartment is two minutes to Ladbroke Grove underground station (on the Hammersmith and City Line), which has easy links to all of London's transport hubs. It's just three stops to Paddington (and its Heathrow Express airport train); eight stops, also direct, to the Eurostar and Luton Airport connections at Kings Cross/St Pancras International station; and one additional stop on the same line to Farringdon, from which trains run regularly to Gatwick Airport. Alternatively, you're a 15-minute walk away from the Central Line stations at Holland Park and Notting Hill Gate. Five or six buses stop nearby (including 24-hour nightbuses), and they can collectively take you pretty much anywhere in London: Oxford Street, the British Museum, the National Gallery, Knightsbridge, the museums of South Kensington, Victoria, the River Thames, Liverpool Street/Brick Lane, and so on.