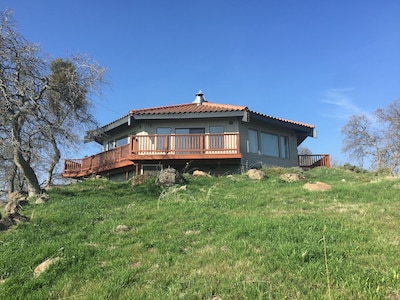 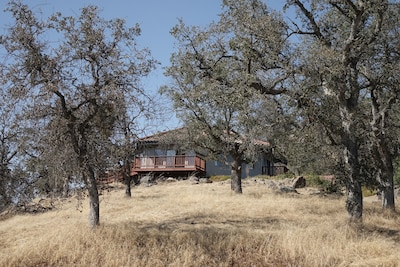 Larry and Merili reside in Fresno and manage to get up to their vacation home as often as they can. Larry, an advertising executive, and Merili, a licensed Realtor love the process of renovating homes and have accomplished it many times. They both flip homes on occasion in Fresno, and when they saw this home in 2016, they just had to go take a look. It had been vacant and very run down. They spent 4 months fully renovating the home and are now able to go up and enjoy. As busy as they both are, they decided to share this little unique gem and began renting it out as a vacation rental the summer of 2017.

Larry Loucks purchased this House in 2016

Larry's family roots run deep in the area. His great grandfather William “Bill” Clingan came to the area in 1911 as a Forest Ranger and in 1915 he became a District Ranger. During his life he lead parties from the Santa Barbara area into the Kings Canyon area for summer camps, was a member of the first road survey party from Grants Grove into Kings Canyon and built and ran the General Store and tourist cabins in Dunlap, which were later moved to Clingan’s Junction and still bears his family name. He was also one of the members of the committee that was instrumental in bringing electricity into the foothills. Larry's Grandfather, Williams son, Forest Clingan grew up in the General Store at Clingan’s Junction and lived with the family in a cabin behind the store. Forest Clingan was a member of the 1938 survey party that surveyed the last leg of the road in the Kings Canyon area to Cedar Grove and beyond. He was a WWII Vet and a Naval Captain until his retirement in the 1970s when he moved back to the family residence on Hopewell Rd. Larry's Grandmother Helen was an accomplished artist and both of them were very active in documenting the history of the area, publishing a book on the subject and giving historical talks to many groups. Ask any long time resident of the area and both Grandparents and Great Grandparents are both fondly remembered. Larry has many fond memories of spending summers and vacations in the area at my Grandparents’ house, roaming among the golden hills, exploring back country roads with my grandfather and traveling up to the park.