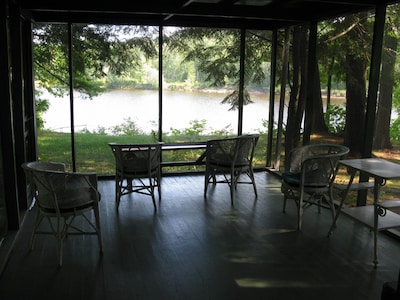 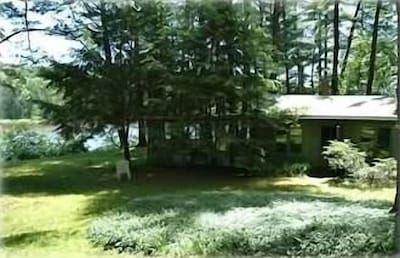 This property was purchased by G. Ingersoll, an avid fly-fisherman and a man of relatively modest means, as a place for his family to spend summers and escape the heat of the city. He acquired it just as logging operations in the St. Croix River Valley were winding down after nearly a hundred years. He built a house in 1912 – the first on the river – which we, his descendants, still spend time in. Eventually, a second house was built nearby – the one included in this listing – and still later, a third house, now owned by cousins, was added on the other side of the dock area. Over the years, the larger property and houses have been the "glue" that keeps a large extended family in close contact, as we all share a love of the river, its wooded banks and bluffs, and the houses themselves, steeped in family history.