Serenity and Peace on the Hill by the sea 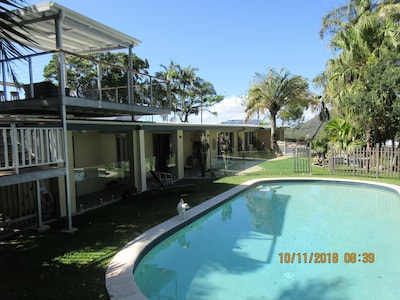 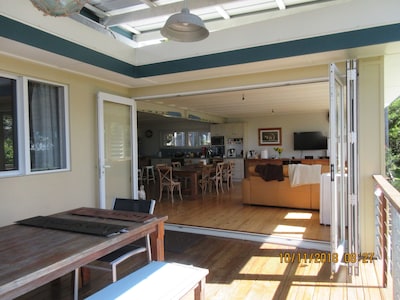 Ask a question
Member Since 2018

Mal and I are Victorians originally and have slowly moved up the East Coast of Australia. We lived in beautiful Tathra ,far south coast of NSW for 10 years then moved to Brisbane while the kids grew up and attended school and Uni. We have been on the Sunshine Coast since 2006 and have loved every minute of it

Sue Leeming purchased this House in 2014

This unique property is really one of a kind in this area. Being an original house on a pineapple plantation and now the centre of a fairly new it is called! It has the reserve at the back of it and is elevated so you do not feel hemmed in It is also far enough away from the influx of holiday makers to allow a peaceful holiday at anytime.

As said above the location, the views and surrounding bush add to its personable character feeling and looking much like a farmhouse but a beach house as well in a relatively urban area.